Ask Amazon's Alexa to name the rarest mineral ever and the know-it-all virtual assistant is likely to answer, "Painite." 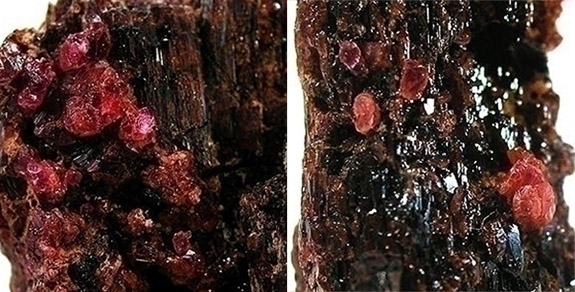 Unearthed in Myanmar by British mineralogist and gem dealer Arthur C.D. Pain in the 1950s, the rare borate mineral was originally misidentified as a ruby and then reclassified as a new gem species — named painite, to honor its discoverer — in 1957. Only two more painite crystals would surface over the next 44 years.

After 2001, new discoveries from the areas surrounding the Myanmar city of Mogok resulted in an influx of more than 1,000 orange-red and brownish-red crystals. This one area on Earth remains the only source of painite.

In 2005, the Guinness Book of World Records named painite as the world's rarest gem mineral. Painite has also been called the "Holy Grail" of rare gemstones.

Chemically, painite contains calcium, zirconium, boron, aluminum and oxygen, along with trace amounts of chromium and vanadium, which are responsible for painite's topaz-like colorations. The gem is strongly pleochroic, which means that different hues appear when the stone is viewed from various angles.

Painite's extreme rarity is attributed to the unlikely convergence of zirconium and boron in nature.

Painite boasts great brilliance, attractive colors and an impressive hardness of 8 on the Mohs scale (on par with topaz or spinel). On the other hand, painite is somewhat compromised by its tendency to display natural feather-like inclusions and fractures, rendering it difficult to facet. To minimize loss and damage, cutters generally favor small sizes and shallow faceting.

The best painite crystals are said to fetch up to $60,000 per carat.

Painite is often mistaken for ruby, spinel, almandine, garnet and tourmaline. On the flip side, what was thought to be a brown tourmaline in the Natural History Museum in London turned out to be a painite.