FDNY to the Rescue: Bridal Jewelry Pulled From Utility Grate in Manhattan

The men and women of the New York City Fire Department are known for their harrowing rescues, world-class heroics and bravery. This time, instead of saving New Yorkers from a burning building, the firefighters were tasked with pulling a pair of precious rings from the darkness of a dirty utility grate. 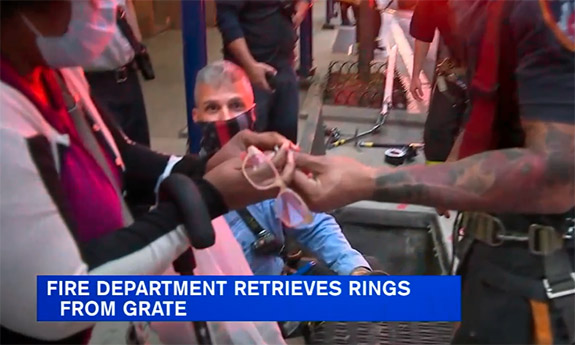 Sue Durham had stowed her bridal jewelry in her handbag as she headed to the subway. But when she reached into the bag for her MetroCard, the engagement ring and wedding band got jostled from the compartment and went tumbling into the 9th Avenue grate in the Hell’s Kitchen neighborhood of Manhattan.

A panicked Durham immediately called Channel 7 Eyewitness News, who summoned the fire department. The TV station has a long-standing reputation for helping New Yorkers in need. 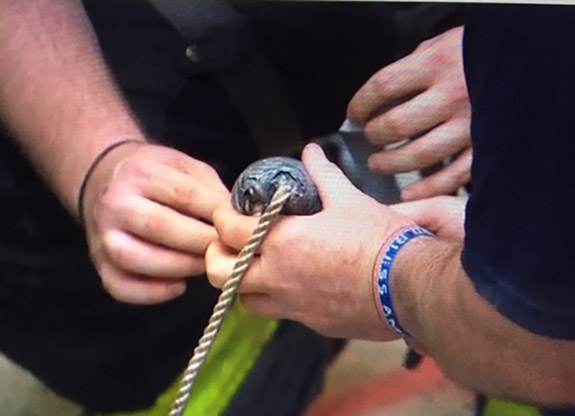 After surveying the situation, a team of seven firefighters concocted a “fishing” device using a ball of sticky tape dangling from a rope to “catch” the two rings. A small crowd that had gathered at the site clapped when the rings were recovered and returned to Durham. 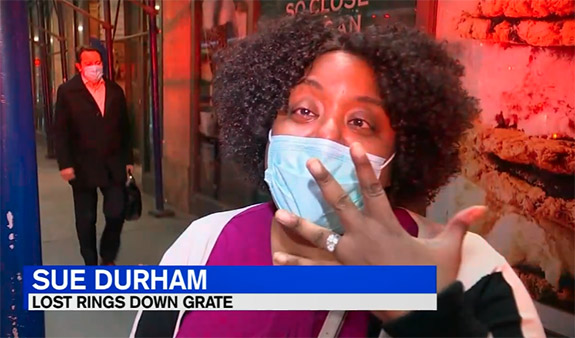 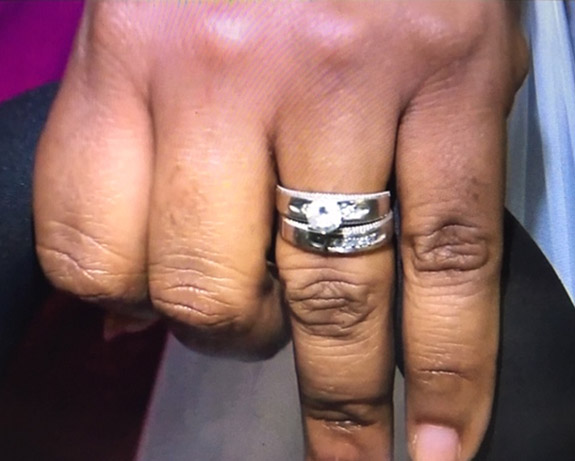 In this space, we have previously reported on similar incidents regarding lost jewelry in NYC – such as the tourist couple whose romantic engagement went awry when, during the proposal, the man dropped the engagement ring down a subway grate in Times Square. Why was he proposing on a subway grate? Sometimes love makes you do strange things. There was a happy ending – the couple reunited on the Ellen show with the policeman who recovered their ring.

Back in January of 2019, after a spate these incidents, the NYPD went as far as to send out this tongue-in-cheek public service announcement via its Twitter page: “PSA: Attention all newly engaged! Please avoid sewer grates at all cost! Thank you.”

With her two precious rings safely back on her fingers, Durham cried tears of joy.

"You guys are going to get the biggest gift basket I can get," she promised.