Archaeologists at the Smallin Civil War Cave in Ozark, Mo., recently recovered a 1960 class ring that had been lost for 57 years and returned it to its stunned owner.

Workers had demolished an old wooden platform at the popular historic site and were planning to replace it with a new concrete one. With the old platform out of the way, historical surveyors were able to explore a previously inaccessible part of the cave's stream bed. Metal detectors led them to some very interesting discoveries — including one that had profoundly changed the life of Peggy McLaughlin.

"We were finding bullets, we were finding some change from different time periods and then we found the ring," Eric Fuller, archaeologist for the Smallin Civil War Cave, told NBC affiliate KY3. "We always have history in here, I just never expected it in the form of a class ring."

Fifty-seven years earlier, McLaughlin lost her Osage High School class ring during a Civil War-themed field trip to the cave that had been arranged by her history professor. At the time, she was a freshman at Evangel University.

McLaughlin told the Springfield News-Leader that she enjoyed exploring the cave, and barely noticed how cold her hands were. After walking some 200 feet into the cave, the young woman suddenly felt her loose-fitting class ring slip from her finger.

The ring had fallen into the cave's rocky stream bed and she realized that the prospects of getting it back were slim to none.

When the freshman returned to campus later that day, she told her boyfriend, Gene Grounds, about the loss of her cherished ring — a ring she had owned for only four months.

The boyfriend responded, “Maybe we will just have to replace that ring.”

Two weeks later, he presented McLaughlin with an engagement ring.

McLaughlin and Grounds were married and had two children.

The class ring that was partly responsible for Gene Grounds' marriage proposal lay dormant in the stream bed for next 57 years. Then, during the demolition of the old viewing platform, an old wooden plank was cleared from the stream bed. Underneath was McLaughlin's Osage High School ring.

"It was a surreal moment when I found it," historical surveyor Chadwick Oldham told the Springfield News-Leader. "I saw an Osage Indian on it, but of course they didn't have class rings." 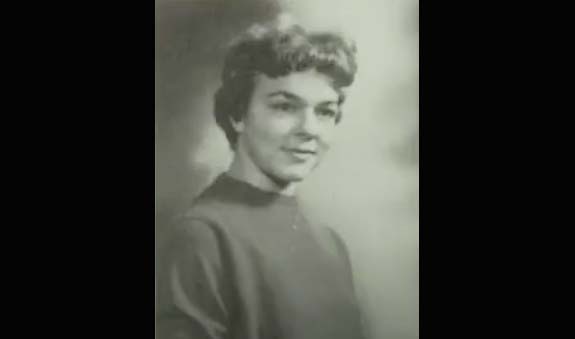 Once the calcite was cleaned from the ring, it was clear that it was from the 1960 graduating class of Osage High School at Osage Beach, Mo. Oldham and his wife, Jackalyn, posted photos of the ring to the Osage High School alumni page. A few days later, McLaughlin spotted her ring and arranged to have it returned.

McLaughlin told the Springfield News-Leader that the return of her long-lost ring has brought back many fond, wonderful memories.

She was excited to get it back on her finger.

"It was still loose," she said, laughing.